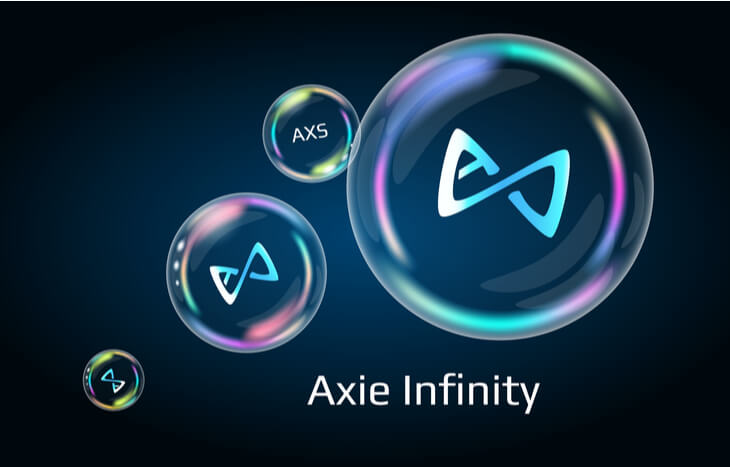 A falling parallel channel pattern is leading the correction rally in the Axie Infinity (AXS) price. Though this falling pattern is now stretching the down rally, a bullish breakout from its resistance trendline could begin a new rally in the AXS coin. The coin price currently trading at $77.4 has so far discounted by 53% from the All-Time High of $164. 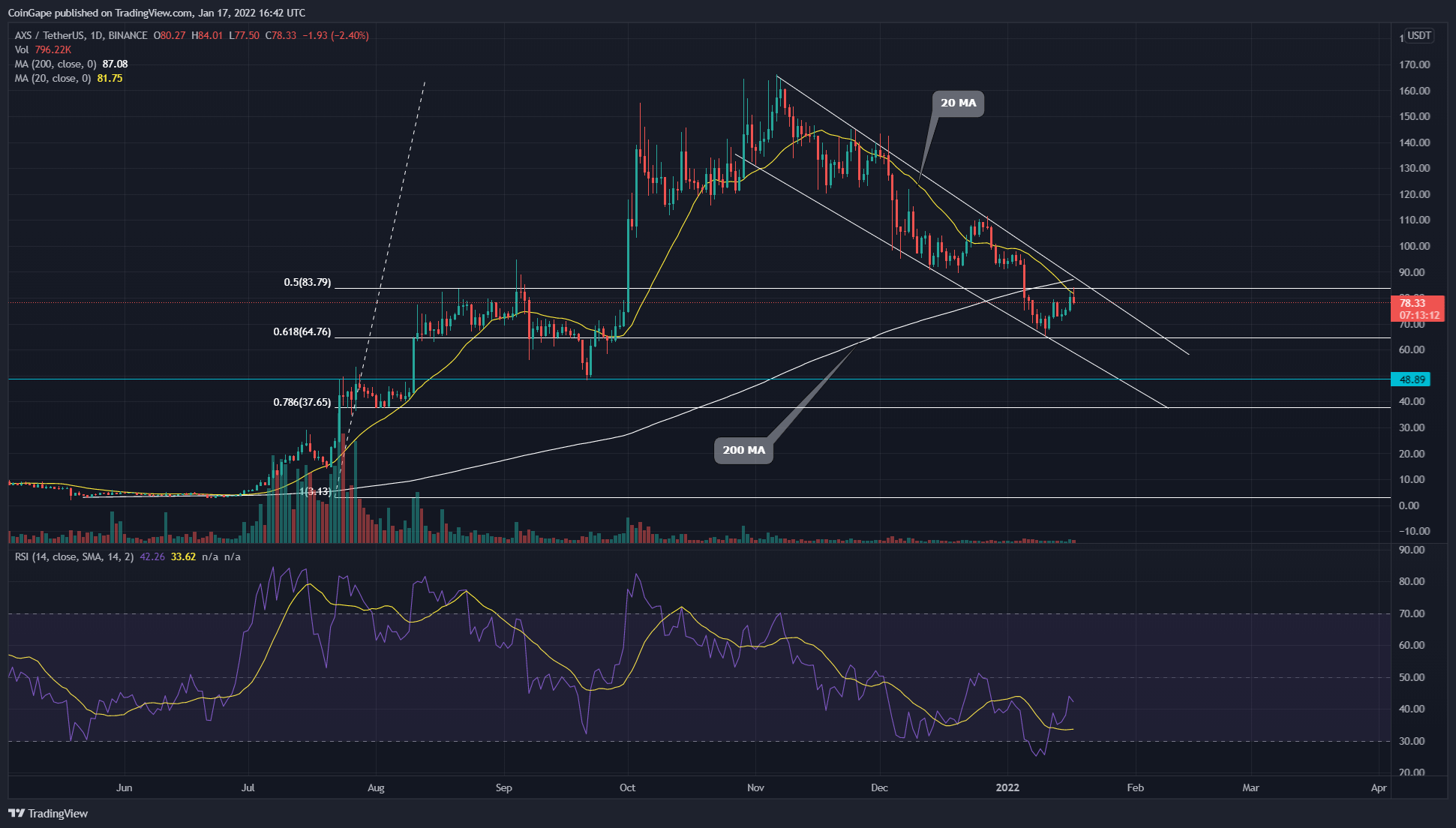 The AXS price initiated a correction rally after rejecting from the $160 resistance level. The technical chart shows a steady downtrend with a lower high and lower low, resonating inside a falling parallel channel pattern.

Until this pattern is intact, the coin price will continue the downtrend and drop to even lower levels. On a contrary note, falling channel patterns are known to begin a strong bullish rally once the price breaks out from its dynamic resistance.

However, the AXS price has recently plunged below the 200 MA line, and the price action shows a bullish reversal might retest this MA line in search of sufficient supply. 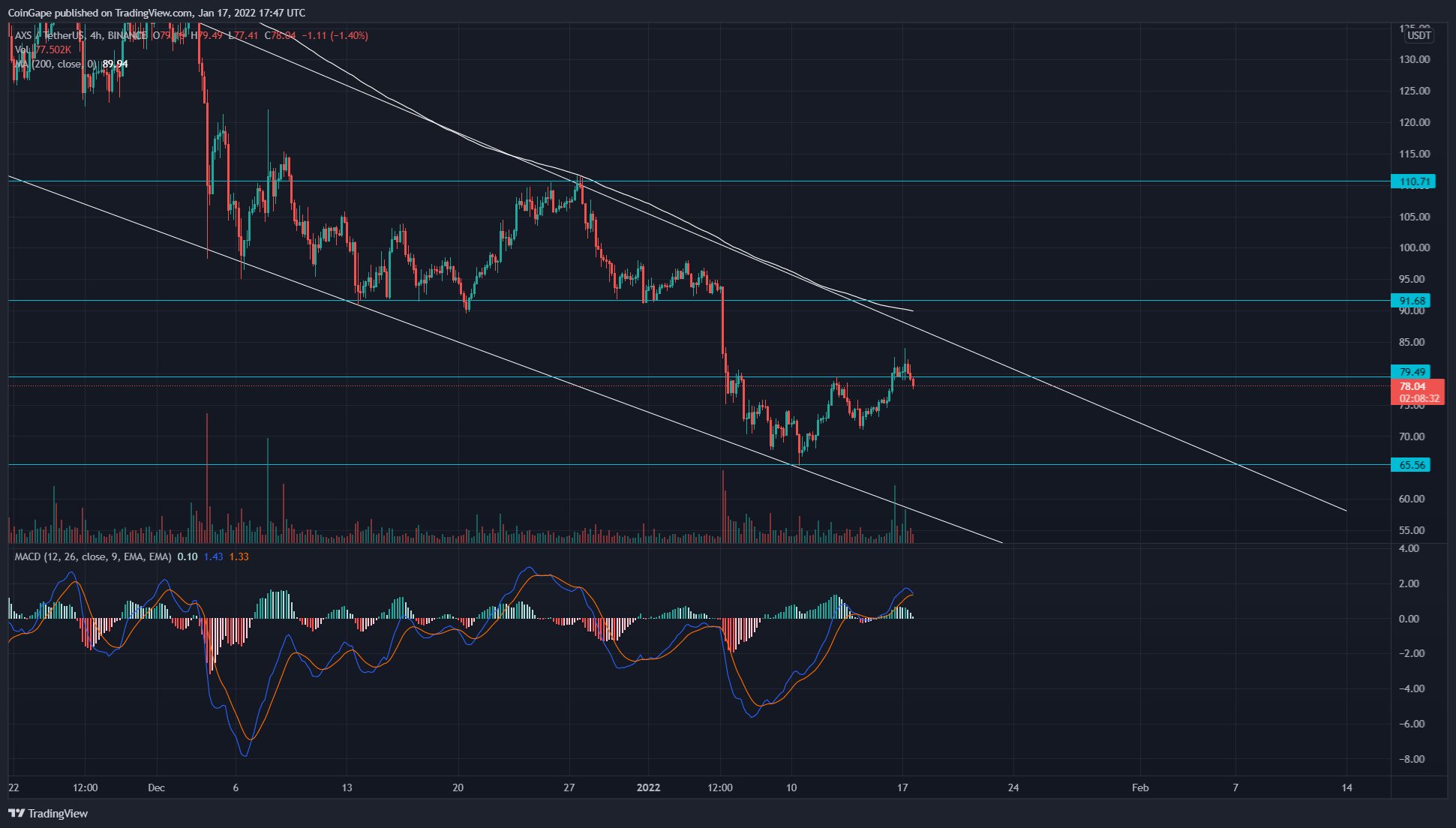 From the new lower low of $65.3, The AXS price has pumped 20% in just one week. The price is currently approaching the overhead resistance of the falling channel. The crypto traders should closely watch the price action at this resistance as a rejection or breakout from this pattern could extend or end the correction phase respectively.

The Moving average convergence divergence indicator shows the MACD and signals moving above the neutral, suggesting a bullish sentiment. However, a bearish crossover among these lines and the diminishing green faded bars in the histogram chart hints buyers are gradually losing momentum.

The technical chart suggests the important resistance levels for AXS price is at $79.5, followed by $91.2. Meanwhile, the support levels are $65.5 and $49.