The Fantom (FTM) price has almost completely recovered from the last correction initiated during the end of October 2021, the coin price has also provided a bullish breakout from the cup and handle pattern, with the neckline at $3.17. Sustaining this level, the FTM price would take off to retest new levels. 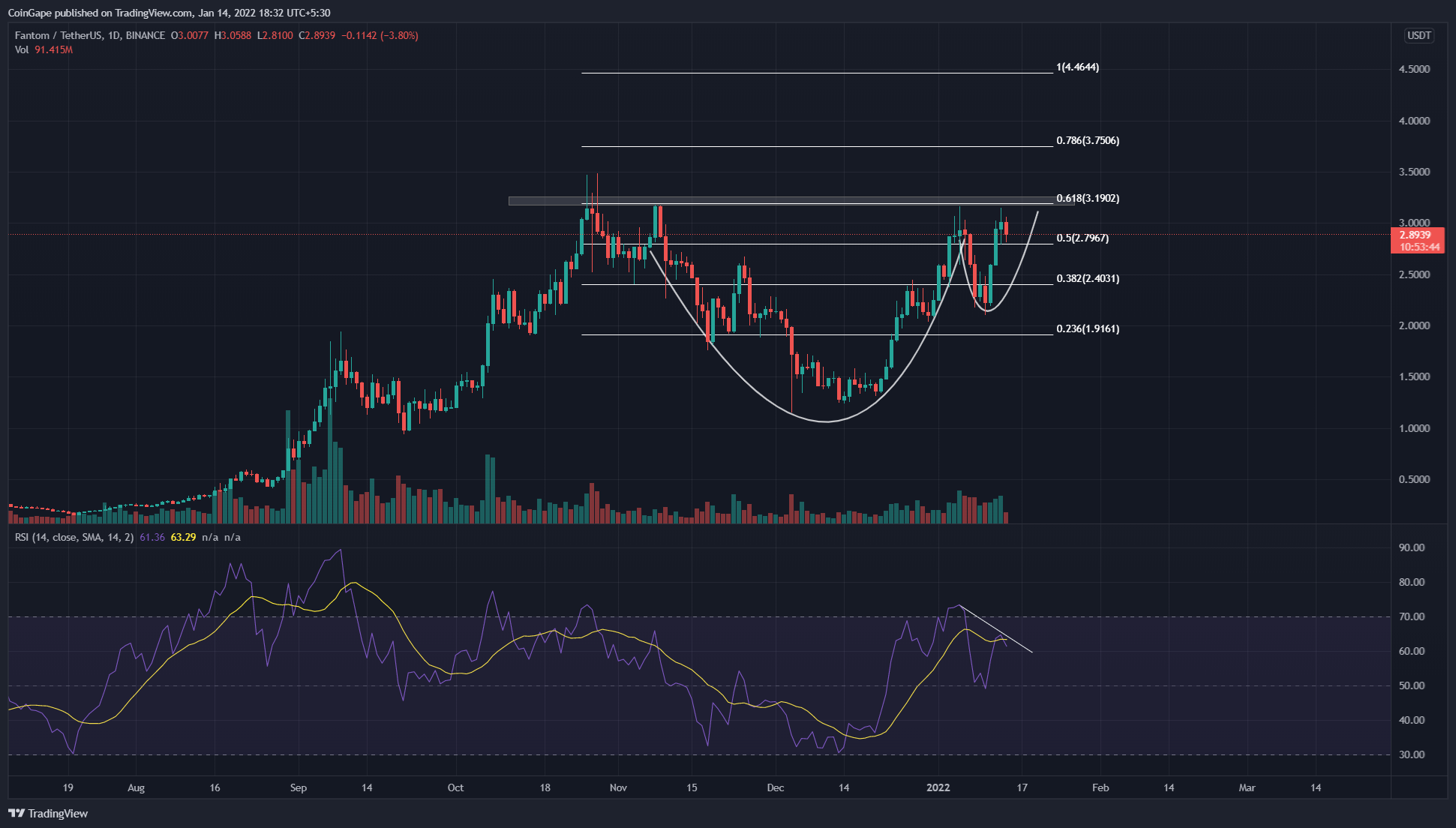 Recently when we covered an article on Fantom coin, the recovery rally in the FTM/USD technical chart revealed a cup and handle pattern. For the past few days, the price was at the doorstep of a $3.17 neckline, struggling to surpass this resistance.

However, on January 16th, the price finally managed to break out from this overhead resistance, and for the first time, provided a daily candle closing above the $3.17 mark.

The FTM bulls have reclaimed the crucial EMA levels(20, 50, 100, and 200), indicating a bullish alignment in its daily chart. The crypto traders can use these EMA lines as support during bearish pullbacks.

The daily Relative Strength Index (62) moving above the neutral line and 20-SMA indicates a bullish sentiment. However, the FTM price chart also displays a bearish divergence, creating some doubt for this bull run. 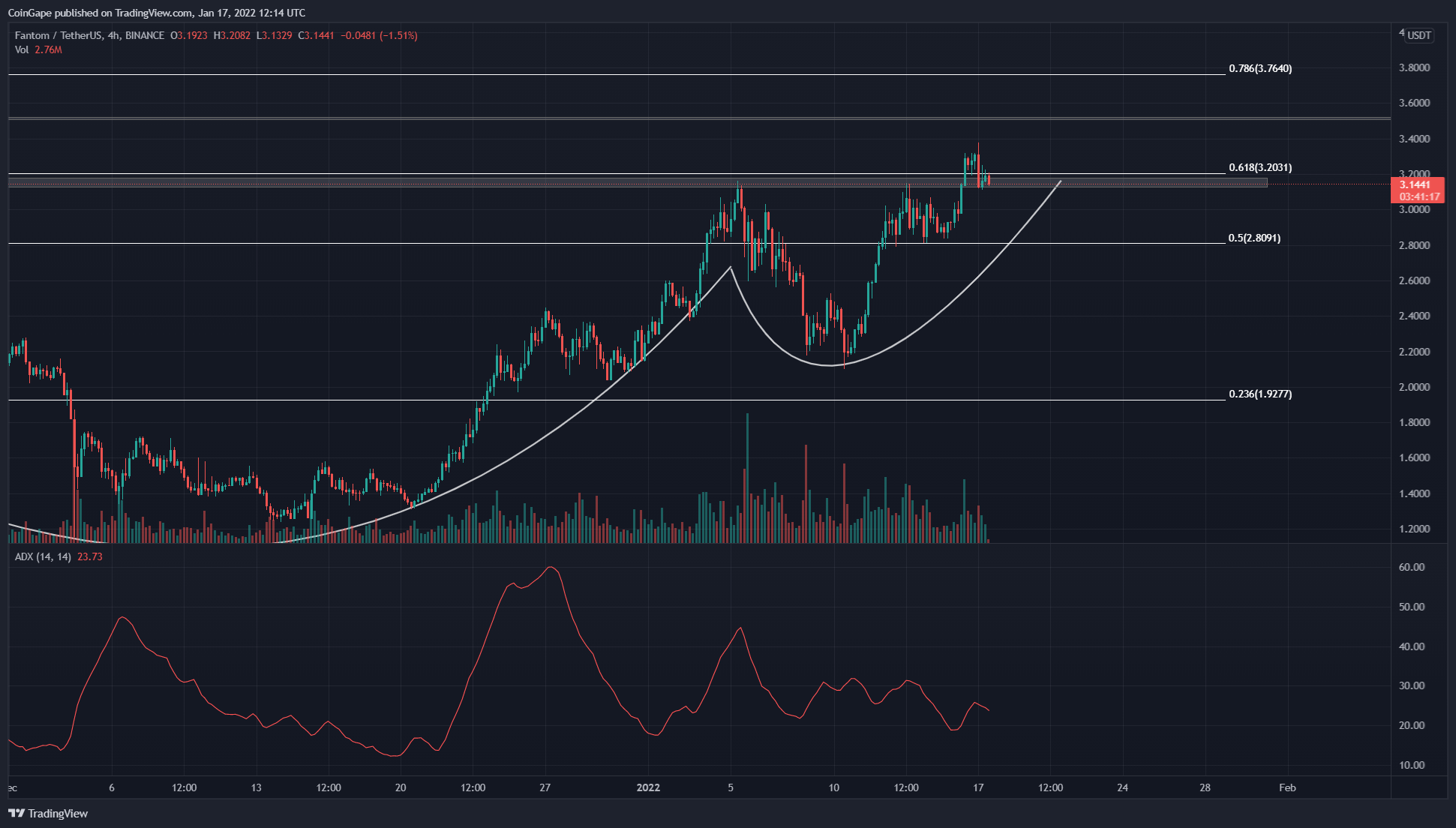 As for today, the FTM price trying to sustain above its new support zone of $3.12-$3.17. If the price shows sufficient sustainability in this retest, the price would start to rally again, and according to the trend-based Fibonacci extension levels, the next supply zone in this chart is at $3.75 and $4.47-$4.5.

The average directional movement index(23) dropped significantly during the bearish pullback for forming the handle portion of the cup and handle pattern. The ADX slope would rise again with the price action following up the bullish breakout of $3.17.